Chivas USA showed a rather-surprising amount of moxie to get a draw against FC Dallas in their season finale. We go through the chalkboards to show how they did it.

Share All sharing options for: Chivas USA Rises to the Occasion in Season Finale against FC Dallas

It's been speculated that Sunday's match was Robin Fraser's last as the coach of Chivas USA. If he's going out, he's made sure to do it on a high note and with some season-best play. For the first time in 2012 league play, Chivas scored a goal in stoppage time--instead of the other way around. The team liked it so much, they doubled down when Juan Agudelo slotted home the equalizer four minutes later.

The team that produced Sunday's come-from-behind draw was a team few of us had seen both in terms of personnel and in spirit.

Here are the goals Chivas scored after the 90th minute this season. You'll notice that two of the four offensive goals were in the U.S. Open Cup:

The squad Fraser put on the field Sunday looked like the lineup used for a midweek game or a manager trying to cope with players out with injuries or international duties.
However, the series of square pegs fit into round holes and gave FC Dallas troubles in the first half. The 4-4-2 lineup included three defensive midfielders (Oswaldo Minda, Peter Vagenas, and Shalrie Joseph). Meanwhile, familiar faces James Riley and Ante Jazic yielded their fullback spots to midfielders-turned-fullbacks Ben Zemanski and Jorge Villafana.

The Importance of the Front Door

The team was aggressive, frequently trying to place balls inside the box behind Dallas' defenders. For the first 85 minutes, these charges were met with blocks, saves, goal kicks and interceptions. Chivas' luck changed when they stopped attacking from the flanks and instead charged through the middle. If you look at the two chalkboards, you'll notice when the Goats began coming in centrally the equalizer was imminent. 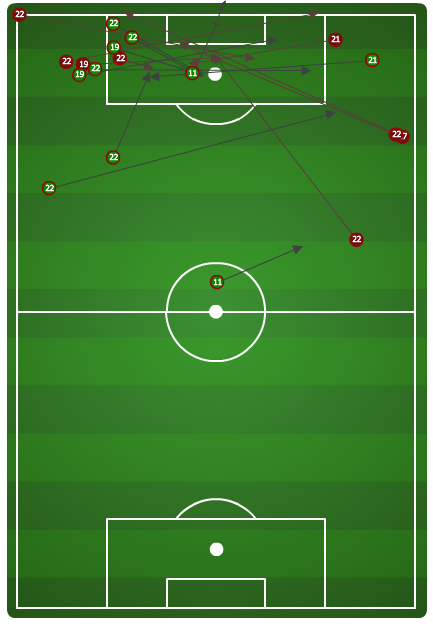 A lot of red. Then this: 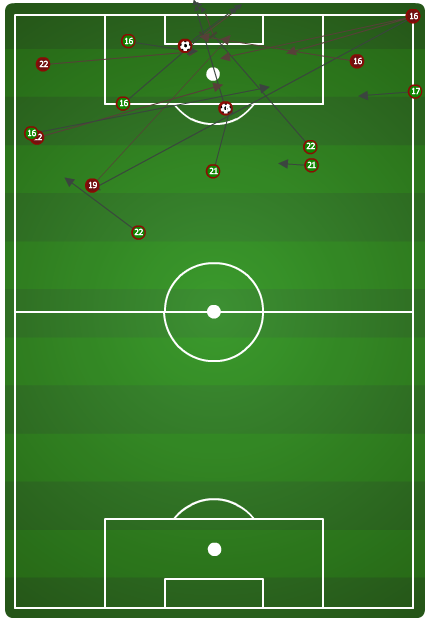 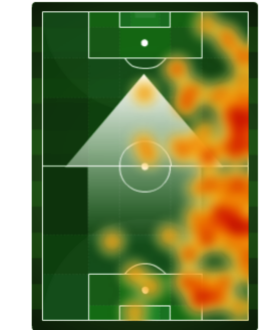 We've raved before about the versatility former fourth round pick Ben Zemanski brings to the team. Zemanski, if you look at his heatmap, did a fantastic James Riley impersonation, covering the entire right side in one big smudge as well as leading the team in opta "events." He did struggle at times with Fabian Castillo's pace and skill on the ball, but he does not typically play right back.

It's questionable whether Zemanski's performance in the right-back position is window dressing for a future transaction. Zemanski is, after all, from Akron and played for the Zips under Caleb Porter. Portland fans have been clamoring for a change at the right back position since Ryan Smith torched Lovel Palmer for two assists back in April, and Kosuke Kimura failed to impress after his arrival from the Colorado Rapids midseason.
If anything, a very intriguing off-season awaits!
What do you think? Leave a comment below!