Share All sharing options for: I Heart Jose Erik Correa

Editor's Note: This marks the first article for Matthew Hoffman, who is a new writer on The Goat Parade. He'll probably write about a little bit of everything moving forward, but he knows his way around a chalkboard and has good insight on Chivas USA that will hopefully enrich your understanding of the team. Welcome Matthew!

I might be going out on a limb here, but I'm hard pressed to believe that few have scored a goal in their first MLS start, let alone in their first Chivas USA start, faster than Jose Correa. In his first start, against the San Jose Earthquakes, Correa has demonstrated just why negotiations to pry the Colombian international from his parent club took so long.

The speed and precision Correa brings to the table were made immediately apparent in the fourth minute. Though he has only been training with the club for a short period of time, the build up to the goal indicates Correa is already finding chemistry with his teammates.

Let's take a look a couple of chalkboard diagrams to see how Correa, as well as other Chivas players, were effective against San Jose: 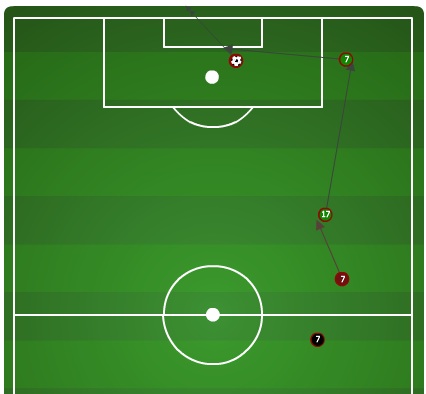 The play that led to the goal started when Nick LaBrocca make a run at the San Jose defender who hurried his volley. James Riley (7), seeing this, did an incredible Charles Woodson impersonation to create the interception. Riley one-timed it to Miller Bolanos, (17) who in turn headed the volley into the space Riley was heading towards. Correa (27), showing a striker's hunger, ran into the box to one-time Riley's cross to the bottom corner where San Jose keeper Jon Busch had no chance of getting to.

Correa also showed a refined mixture of strength and technique in this match. In the 26th minute, he managed to hold up the ball while holding off two San Jose defenders who attempted to muscle him off the ball. Both skills are necessary for a single-striker formation. After Correa found Riley, the Goats began a two minute period where they connected on 27 consecutive passes, most of which were in San Jose's half. Although ultimately nothing came from the two-plus minutes of possession, it bodes well that the team is able to string together multiple passes in the opponents half. 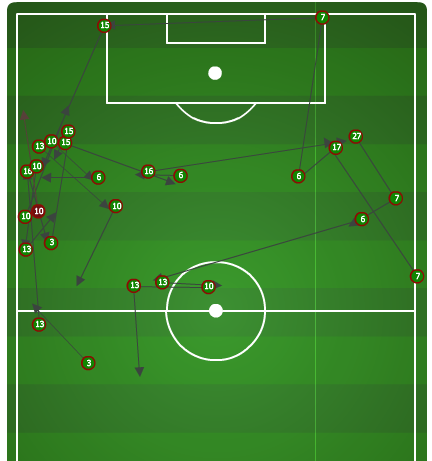 It wasn't all rainbows, lollipops and sunshine of course. In the 28th minute, Correa, obviously well into celebrating his coming out party, did some pretty fancy high-stepping dribbling ... and promptly passed the ball directly to the feet of an Earthquakes player. But it was a promising start from the young striker, and here's hoping we see more soon.