Share All sharing options for: Digging Deeper: Statistics and Observations from Saturday's Game

Sometimes, there's a desire to ignore a bad loss altogether, as it can be too painful to really dig into the statistics and particular moments, especially if your team had few positives to draw from the match. Certainly, it makes sense that many Chivas USA fans probably don't want to go through the treasure trove of info on the loss at the weekend to Real Salt Lake. But that's why I'm here - to provide the useful information for you!

Thanks to the partnership between MLS and Opta, statistics are immediately out there following matches, often right after the final whistle. For some statistical morsels, read on after the jump!

Chivas had 12 interceptions while RSL picked off the Goats 16 times. Fouls, mostly due to bad timing, were plentiful and the offense seemed content to let defenders launch long balls to no one in particular. 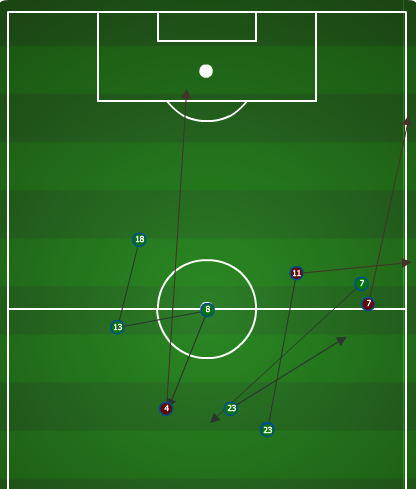 The days of Chivas USA utilizing a possession-heavy approach may be over. The offense on Saturday demonstrated a precarious tendency to try to initiate the offense by having defenders boom the ball down the field and hope the ball finds itself at the feet of a Chivas player much like the "Hail Mary" pass in football.

The 21st minute demonstrated this. In one sequence, three players (Juan Agudelo, James Riley and Rauwshan McKenzie) all manage to kick the ball out of bounds in lieu of finding an open teammate.

It wasn't until Ryan Smith's cross to Juan Agudelo in the 85th minute that RSL goalkeeper Nick Rimando was ever really tested in this match. It wasn't for lack of trying--Chivas attempted 26 crosses, 17 of which Opta deemed unsuccessful. In the chart, you'll notice in the bottom graph that second half crosses were much more successful in no small part due to Ryan Smith (22) and corner kicks from Cesar Romero (58). 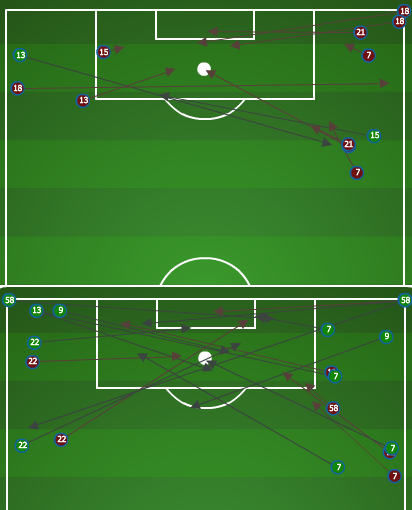 Ben Zemanski showed well in his first league match since April. He brought energy, he made fantastic runs into the box and brought an aggressive mindset to the match. In many ways, Zemanski was the best player in the red and white, but it was not without some rust. While Zemanski tied Danny Califf with most tackles in the game (3), Ben also had multiple collisions with teammates (Agudelo, Alejandro Moreno) and opponents alike, and his first touch seemed to abandon him.

If the look at the average formation chart, you'll notice that Agudelo and Blair Gavin and Moreno tended to be in pretty close together. Likewise, RSL, and Fabian Espindola in particular, was able to exploit the space between Oswaldo Minda and the center backs and then use those runs to get behind the defense. It worked very well, as the scoreline indicates. 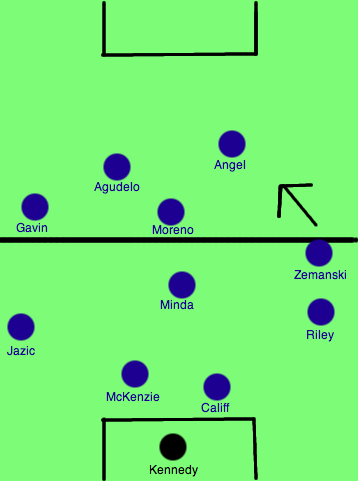 Dominic Oduro wasn't the only victim of a bad call this weekend. Juan Pablo Angel got called for a handball (the ball hit his shoulder) and Alvaro Saborio's goal was mistakenly called offside.