Chivas USA's transactions have radically--on paper at least--upgraded the product on the field.

Share All sharing options for: Putting money where your mouth is: Chivas USA's week inspires confidence 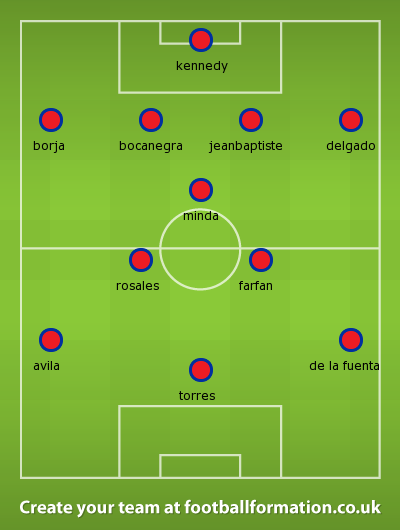 It's another December where the Chivas USA roster has churned more than a batch of Ben & Jerry's Egg Nog in Prague. As of December 15th, Chivas USA can't (or can they??) even field a team in a contest with only 17 players under contract. However, where the 2012 Chivas USA crew traded former high value picks for pocket change, the Goats have brought in a game changer in Mauro Rosales and a 21-year-old centerback who could thrive under the tutelage of Carlos Bocanegra in Andrew Jean-Baptiste.

In other words, instead of downgrading, the team is now significantly better than the one that left the pitch in the closing moments of 2013.

Rosales automatically improves Chivas' attacking prowess as his service on set pieces is superb. In 2013 Chivas USA scored one--a single solitary goal--off of a set-piece. Rosales is the Seattle Sounders assists leader and can also do it himself is need be (see below).

Trades are important. Remember, courtesy of the Gabriel Farfan acquisition--a player who may be effectively marginalized with a healthy Rosales in the fold--Chivas USA does not have a first round draft pick this year.

Andrew Jean-Baptiste was the the central figure in a Wired article a few years back regarding the miCoach system MLS was implementing in conjunction with adidas.:

Jean-Baptiste was among those participating in the miCoach trial ahead of a league-wide rollout next season. As four Adidas reps roamed the sideline holding iPads displaying real-time readings from the field, coaches and team officials filtered by with raised eyebrows and the occasional question. Everything was proceeding as expected until Jean-Baptiste took off on a sprint across the pitch and his measurements exploded.

"Ten to 12 teams’ staff people crowded around me at once," said Jan Mueller, a manager for the miCoach line. "They were watching intently, and then began asking a lot of questions."

"You could see by looking at him that Jean-Baptiste was a physical specimen, but the numbers on miCoach showed that this guy was a freak of nature as far as the physical stuff was concerned," said Sean Rubio, video coordinator for the San Jose Earthquakes, who handles much of the team’s statistical analysis. "Eyes up and down the sideline were popping at those numbers."

If anything else, AJB did capitalize on a stoppage time corner to down the LA Galaxy:

The roster still has plenty of missing pieces. Another holding or defensive midfielder would be useful given Oswaldo Minda. And of course, with no coach to roam the sidelines, we can only guess as to how the players will be deployed. We don't know who is doing the wheeling-and-dealing, but one must feel optimistic about the team's direction.