What system will Cabrera use with the Goats?

With Chivas USA's 2014 preseason right around the corner, it's worth taking a look at formations and possible lineups for the Goats. Obviously, the roster will undergo more changes as the preseason wears on, especially since the roster currently only has 20 players on it.

Below, you'll find some attempts on my part to put together a team based on different formations, since we don't know yet what formation(s) new coach Wilmer Cabrera will use. Bear in mind that some players' places in the lineup will be more assured than others, and overall, this is an exercise to visualize how the team could come together.

First, I went with an attacking 4-3-3, a formation Oscar Pareja often used in Colorado (where Cabrera was assistant coach), and a formation that was stressed by U.S. Soccer a few years back when Cabrera was in charge of the U-17 national team: 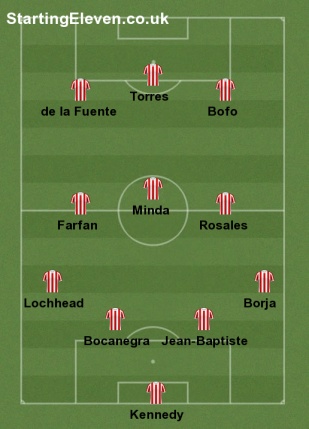 Now, Chivas need more scoring, as that's been a problem the past few years, but they also need an improved defense. The 4-3-3 may be too much for another new defensive unit to handle. Why don't we try another formation that has been increasingly en vogue in recent months, the 4-2-3-1? 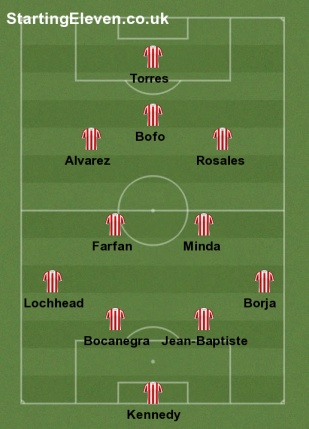 In many respects, a 4-2-3-1 makes more sense for Chivas, as it could provide more defense through the dual holding mids and could put more attackers in positions that (theoretically) suit them. With only one elite-caliber true striker in Erick Torres on the squad, he would be playing up top. But with ample support from Mauro Rosales, Bofo, and players like Carlos Alvarez, Bryan de la Fuente, or perhaps Eric Avila as an inverted winger, Cubo would hopefully not be isolated like he often was late last season. 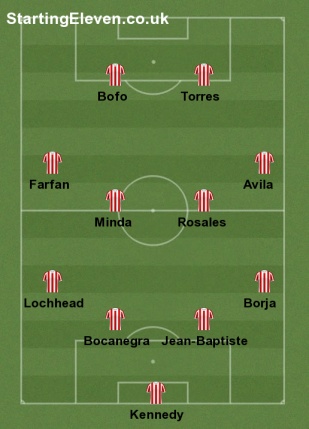 This is an unbalanced formation in many respects, as Avila would likely push forward and Gabriel Farfan would likely play as more of a defensive winger. The issue is that the right side would be vulnerable to left-sided opponent attacks. If Carlos Borja will be the starting right back, that will surely be a spot on the field opponents will look to target, and with a midfielder that is much better at attacking than defending ahead of him on the field, it could prove to be too much to handle.

The obvious question, of course, is whether Chivas will upgrade at right back. Tomorrow we'll discuss the lay of the land with each position heading into training camp.

What do you think of these formations and lineups? Leave a comment below!