Is that what we think it is?

Share All sharing options for: As the Goat Turns Update: More photos of Paco Palencia and Nelson Rodriguez meeting today

It's Thursday, there's plenty of news in Chivatown, folks getting ready for the upcoming season. It's an exciting time, one that has everybody talking about the past, present, and even the future.

And then...you see a photo like this, courtesy of the Union Ultras (via Eric Ramirez), and time just stops for a moment:

But it does look that way, does it not? I feel like the person who snapped this shot had a window to a moment of humanity between two people, possibly the men in charge of Chivas USA past and present.

Or maybe this is a scene in "As the Goat Turns," a telenovela in production from the makers of "La Seleccion," a telenovela about the 1994 Colombian national team. Time will tell, though the saga at this club of late would probably make for a decent TV show, no?

I kid, I kid. Obviously we don't know the story, or even the definite identity of the people in the photo. But it is interesting to wonder...

Update: Our new contributor @Behindtheflock provides better evidence that the men in the first photo were Palencia and Rodriguez: 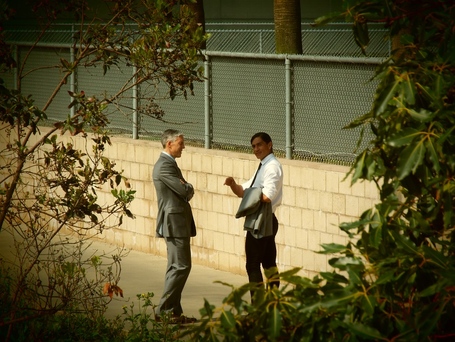 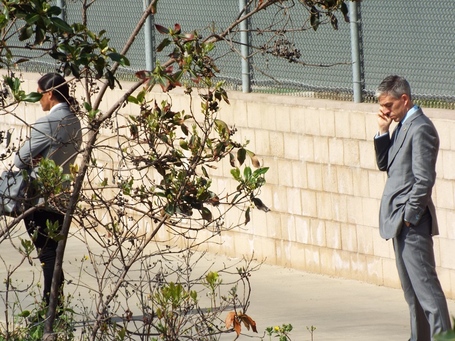 The first of these two photos looks like they're having a normal conversation, which isn't weird at all, really except for the fact that these two men bridge the divide of the recent ownership change. The last photo doesn't have any real meaning in and of itself either, or at least that we can really read into it, though it looks like it might precede the drama of the picture that started this whole saga off.